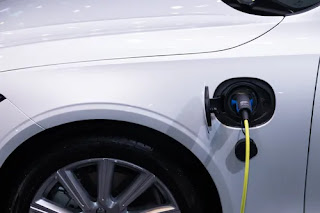 The unchecked use of fossil fuels has brought the world to its knees. Make no mistake about it. The world is facing an existential crisis that doesn’t brook any delay in its solving. The cars we drive have unfortunately become a symbol of all that is wrong with the way we have been interacting with our environment for more than a century. When the automotive industry was in its infancy there were all kinds of technologies being relied upon to power the vehicles being manufactured- steam-based, petroleum fuel based and electric. That all automobiles came to run on petroleum by-products was the outcome of a lot of reasons.

Steam had in fact been a reliable energy source for some form of self-propelled vehicles since the late 1700s. Steam run cars made an appearance by the 1870s. But the unduly long start-up time, sometimes as long as 45 minutes, and the need to refill them with water at short intervals made them more than a little impractical to use. Post improvements in the internal combustion engine, gasoline or petrol-powered cars made their first appearance. These weren’t without their share of problems either, what with one having to crank start them and change gears in order to drive them.

Electric cars of the time were quite easy to drive and didn’t reek of the smell of the pollutants emitted by a gasoline car. So to start with, it were the electric cars that were quite the rage. In fact Ferdinand Porsche, the founder of the legendary Porsche car company came out with an electric car as early as 1898. He also went ahead and rolled out a hybrid car that ran on both electric power and gasoline. Even Henry Ford had at one point thought of partnering with the famous inventor Thomas Edison to manufacture an electric car.

Ironically, it was Henry Ford, who sounded the death knell of the hitherto very popular electric car with the introduction of his mass-produced and highly affordable Model T in 1908. The incorporation of the electric starter invented by Charles Kettering, made crank starting unnecessary, thereby giving a boost to the sales of gasoline-powered cars. Moreover, the discovery of plentiful cheap Texas crude oil and the proliferation of gas stations throughout America made gasoline-powered cars the norm. By the mid-1930s there were hardly any electric cars visible on American roads.

The domination of the internal combustion engine has continued right into the second decade of the 21st century. The overwhelming majority of cars running on the roads around the world continue to use that tried and tested automotive technology. Electric cars, however,  made a reappearance in the 1970’s during the 1970’s OPEC oil embargo. The perceived shortage of the hitherto abundantly available oil made people look to electric cars to bail them out.

Though technology had improved substantially since electric cars had first been introduced in the 1800’s, the old problems of limited speed and range meant that the revival was short-lived. Electric cars saw a true revival in the beginning of the 21st century when environmental concerns over the polluting nature of internal combustion engines sparked an interest in alternative technologies to power cars, of which electric power seemed to be the most viable. 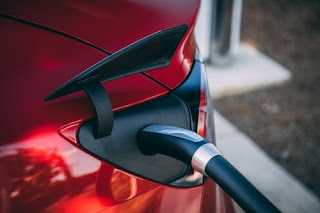 Cars like Chevy Bolt, Nissan Leaf and Tesla Roadster redefined what the electric car could do. The last one was the first of the three to come out in 2008 while the other two were launched in 2010 causing nothing short of a mass-produced electric vehicles revolution.  That Bolt and Chevy were mainstream cars from legendary automakers added to their allure. With decent power, driving range and spaciousness, these cars were able to change people’s views about electric vehicles.

Tesla Inc the Elon Musk funded electric car company turned in an electrifying(pun intended!) performance managing to go 394 kilometers on a single charge. With its ability to match a sports car kind of acceleration ( 0 to 96 kilometers an hour in less than 4 seconds) and a top speed of 200 kilometers per hour, electric cars were finally serious competition to conventional gasoline-powered cars.

Why the Internal Combustion Engine Needs to Go

The fact that oil is finite and will run out one day is not something that is likely to have an impact on an average person’s decision to buy a gasoline/petrol-powered car. As long as he or she knows that there will be enough supply available in the near future, they are not going to worry about what’s going to happen years later.  What will make them cross over is the fact that electric cars finally seem to make more sense than the gasoline-driven ones both from the city driving and long-distance driving perspective.

What do Electric Cars Offer

Both from an every day driving perspective and a road trip one,  a modern electric car offers a host of benefits over a conventional internal combustion-powered one.  Let’s look at what these might be-

– Electric cars, also known as plug-in electric vehicles, offer substantially lower fuel costs than conventional gasoline or petrol ones. This happens on account of two factors- electricity costs less than gasoline does and the fact that electric cars are more efficient than those that have an internal combustion engine.

-The long-term economics of owning and driving an electric vehicle, undoubtedly, work out way better than an internal combustion one.

-With an electric car you don’t need to queue up at the gas station/petrol pump as you can plug in at home, work or wherever opportunity presents itself. Why you could even install solar panels to generate the electricity required to charge your vehicle!

– Electric cars are quieter both inside and outside making for a much smoother rider. Imagine a world where there is no traffic. Just the sound of nature to serenade you while you drive!

-Electric cars provide better performance than conventional cars on account of the high torque and acceleration they generate. It is no surprise really that Formula E racing is fast catching up with motorsport aficionados.

– Advancements in battery technology like electric regenerative braking systems have meant that the driving range of electric cars is quite comfortable and no longer a reason for not choosing one to own.

– An electric car has practically negligible maintenance headaches as it has fewer movable parts. There is no need to get these cars regularly serviced or their oil changed like in the case of gasoline-powered cars.  You may have to get the brakes serviced, but not as frequently, as on conventional gasoline-powered vehicles. You do need to change the battery eventually, but with car manufacturers providing an 8 year or 160,000 kilometer warranty, that is not something that would unduly worry anyone.

Besides, with battery costs expected to fall further in the coming time thanks to government subsidies, one can expect more variation in the prices of electric cars in the future. One can expect several types of models being sold at different price points to suit every budget.

-Electric cars need to undergo safety tests of the same stringent standards as conventional cars and are therefore as safe as they come.

– The fact that electric cars are zero-emission vehicles makes them ideal for city driving what with many large cities of the world adopting measures like zero-emissions zones and congestion tax.

The expected crackdown on conventional vehicles is expected to get increasingly stringent in the times ahead and it might make eminent sense to switch to an electric car already.