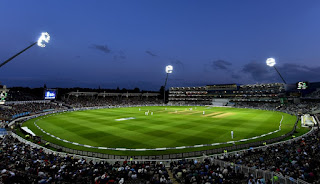 The year 2020 is proving to be worse than the worst annus horribilis, one could imagine. With the Covid-19 pandemic raging unchecked, the economy has decelerated massively and people have more or less stopped spending money on anything other than the bare necessities.

That is bad news for the economy, as the people need to spend a fair amount on goods and services to get the engines of the economy to rev up and gather speed. Can the three-week-long IPL 2020 which kicks off in Dubai on September 19th, enthuse the audience to shed their reticence and go ahead and splurge on all kinds of consumer goods and services?

For as much as the IPL is an annual sports and entertainment extravaganza, it is also the definitive annual advertising and marketing event. Certainly, the advertising industry can look at much-enhanced revenue on account of a months’ long pent-up demand due to the long lock-down and the continuing restrictions afterwards.

Besides, the IPL is happening around what is the peak festival season, when consumer spending is traditionally at its highest.With most people staying largely indoors on account of the new work-at-home normal, the television ( and other streaming gadgets) audience for the matches being played in the tournament is expected to be considerably higher than usual this year.

For brands, most of whom have as good as lost two quarters of the year, on account of the pandemic, the IPL coinciding with the festival season gives them a huge opportunity to work towards regaining their market share.

On the other hand industries like food essentials, healthcare, education and insurance that fared quite well during the months of pandemic induced inactivity would also like to leverage the huge reach of the IPL amongst a captive audience.

That apart, there will be whole new categories of advertisers, who have emerged thanks to the times that we live in comprising of ed-tech companies, hygiene products like hand washes and hand sanitizers, as well as dishwashers.   Also a lot of the advertisers this year will be indigenous startups who have made it big in the recent past and established themselves as brands to reckon with that are more in tune with the demands of the contemporary world.

They would be able to more than makeup for those legacy brands who might no longer have the wherewithal to be a part of the IPL extravaganza this year. Sponsors and advertisers like Dream11, Unacademy and Cred, who are part of this brave new world of tech entrepreneurs are the front-runners in this year’s IPL giving everyone a foretaste of things to come.

That is not to say that the legacy players are going to miss the bus, in so far as capitalizing on the advertising and marketing opportunity presented by IPL 2020 is concerned. Telecom major Vodafone Idea who re-branded themselves as VI recently, thought that the IPL was the best platform to announce the fact to the world.

They did this by becoming the co-presenting sponsor of IPL 2020. Clearly, the fun is just beginning. Let’s hope that by the time this edition of the IPL ends on November 9th the mojo will be back in the Indian consumer markets.