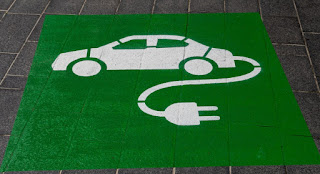 2019 was the year that the sale of battery-electric as well as plug-in-battery cars first crossed the two million mark according to a report by Deloitte. This very significant milestone of the automotive industry  lost its sheen, however on account of the Covid-19 pandemic.

Among the important trends that are likely to emerge with regard to the demand for electrical vehicles are their falling prices in keeping with an accompanying drop in battery prices. This is borne out by the fact that the average price of an EV battery pack fell from $1,160 per kWh in 2010 to $176 per kWh in 2018. Going ahead this could fall to about $94 per kWh in 2024 and $62 per kWh by 2030 according to BloombergNEF. Furthermore they estimate that there will be price parity between electric vehicles and internal combustion engine vehicles as early as 2024.

Electrification of Vehicles to Extend to Heavy Vehicles

Right up to 2019 most of the electric vehicles moving on the roads of the world comprised cars and two wheelers. A year earlier the total number of electric cars in the world stood at more than 5 million, while the number of two wheelers was 260 million. In comparison there were only 460,000 electric buses and 250,000 light commercial vehicles worldwide. These numbers are expected to increase substantially going forward, thanks to cheaper and more efficient batteries as well as the more stringent emission norms being put in place worldwide. BloombergNEF further estimates that electric busses will comprise just a little less than 70% of the total number of busses in the world by 2040.
Zero Emission PolicyCountries around the world are pushing for a transition to electric vehicles by moving away from cash purchase incentives to mandatory zero emission mandates or other regulations covering fuel efficiency, pollution and GHG (Greenhouse Gas Emissions).

Increased access to efficient public charging is going to drive the move to electric vehicles to a very large extent. Things like super fast chargers, wireless charging, as well as battery swapping are going to cause a paradigm shift in the way the whole battery charging business is viewed. They will increasingly be viewed no more inconvenient than the time it takes to fuel up an internal combustion engine vehicle.