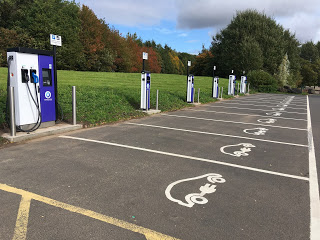 Fossil fuel-run vehicles are smothering the life out of the planet and its inhabitants. Nobody even debates or questions the fact(except for conspiracy theorists and nutty climate skeptics).

In cities of northern India, the pollution is so bad in the winter months that one routinely sees AQI measurements breach even the 700 numerical value, even when 50 is the upper limit of what constitutes clean breathing air.

The air in the Western countries might be more breathable, but they are the progenitors of this whole culture of using fossil fuel consuming personal automobiles.

Besides, their contribution towards vitiating the environment across planet Earth by their mindless pursuit of ever-increasing growth has been extraordinarily large.

Clearly, things have reached a point of no return and the world cannot continue to use fossil fuel to fuel its own growth. It needs to make a clean break from the way it has fulfilled its energy needs.

Vehicles may not be the only source of environmental pollution, but most definitely are a major source of it-especially in urban areas.

The phasing out of fossil fuel-based vehicles is most certainly one of the major steps that the world has to take towards a gradual replacement of all fossil fuel-powered activity on planet Earth.

As a matter of fact, over 14 countries and 20 cities worldwide have committed themselves to stop the selling of passenger vehicles that run on fossil fuels.

Significantly, these include major economies like the U.K., China, Germany, France, Japan and India. All of these nations plan to replace fossil fuel-powered passenger vehicles that run on non-polluting sources of power in the next ten to thirty years.

Can Electric Vehicles Be The Savior?

Though it is highly fashionable both amongst some climate change activists and increasingly Tesla fans among the rich and the famous to tout electric vehicles as the definitive solution for our environmental pollution woes, things are not as straight forwards as they seem.

With major economic powerhouses like China and Japan sourcing most of their electricity from such power plants, one clearly has a problem on one’s hands with regard to adopting electric vehicles on a massive scale.

India, which is the fifth-biggest economy in the world and the third-largest energy consumer in the world too sources a significant 58% of its electric power from coal-burning power plants. 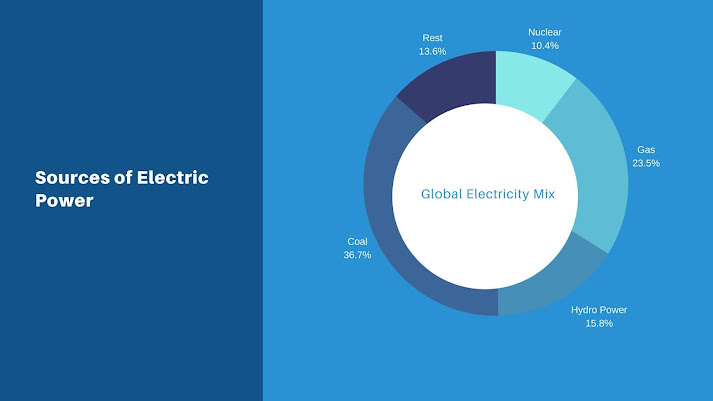 Globally too coal accounts for 36.7% of the global electricity mix, which is by far the biggest single source of electric power. So clearly a very significant part of the total electricity produced in the world is sourced from coal-based power plants.

Therefore any large-scale move to electricity powered passenger vehicles will have to factor this in.

The Path Ahead for Electric Vehicles

The departure of President Trump from office has breathed a new life into the very sane move away from the use of fossil fuels to meet one’s energy needs.

With President Joe Biden’s resolve to return to a position that is more amenable to reversing the impact of global warming by rejoining the Paris climate accord, the chances for finding success on that path have dramatically risen. Critical to the success of that policy is the electrification of road transport, accounting for about 70% of the US’s total oil consumption in 2019.

The electrification of transportation is going to define the 21st century and this is reflected in the performance of major players in the segment like the electric car maker Tesla whose stock value recently exceeded that of Facebook. Electric Vehicles presently comprise 10% of the global passenger market, which figure is expected to hit a healthy 40% by 2040.

The fact that electric vehicles and cars powered by the traditional internal combusting engine will bear the same price tag by the mid-2020s, will have a lot to do with this growth in the adoption of the former. 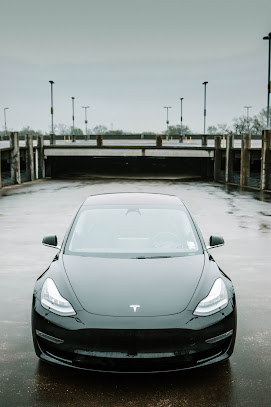 Tesla-Classy Electric Ride of the Well-Heeled

Photo by Austin Ramsay on Unsplash

This is particularly true of China and Europe, which are together expected to account for 72% of all-electric cars sold in 2030.

The U.S. would have a total of 18.7 million electric vehicles on its roads by 2030 up from the over one million such vehicles at the end of 2018.

All in all the road to a total global move to electric vehicles is a long-winded one, but the heartening fact is that the auto companies around the world are stepping up to the plate by investing massively in the technologies that will power this revolution, even though they would likely not see any returns on the large amounts of money spent for quite some time.

Even though we are not likely to see traditional internal combustion engine-powered vehicles go out of production in the near future, the fact of the matter is that the process is inexorably rolling forward in that direction.

This is something that is known to those who are going to be enormously impacted by this change- the oil and the auto industry and they are preparing for it.

Consumers now need to do their bit to hasten the move to phase out fossil fuel-powered vehicles, sooner, rather than later.